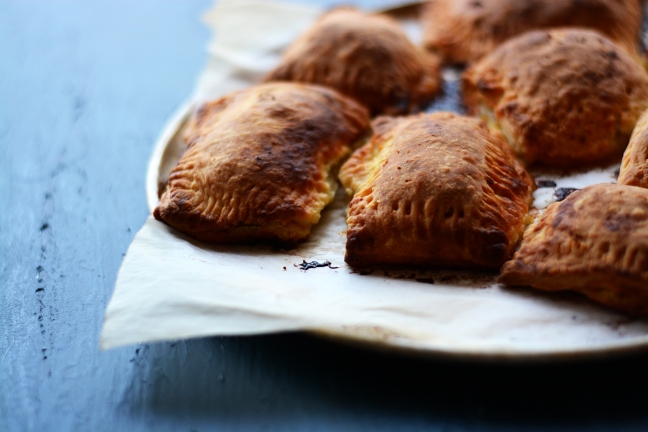 This month’s Sweet Adventures Blog Hop theme is Childhood Favourites, hosted by Sophie from the Sticky and the Sweet. The theme set my mind racing.  After all, aren’t we all spoilt for choice when it comes to the sweets we were introduced to as kids? For me as a small child in India, there were gems (Indian equivalent of Smarties), 5-Star Chocolate bars, Amul Pista ice-cream and countless traditional Indian sweets.  When I moved to Australia, there was even more sugary goodness to be discovered and toffee apples, Chupa Chups, push pops, Buffalo Bill ice-creams and Jelly Pythons came into the picture. 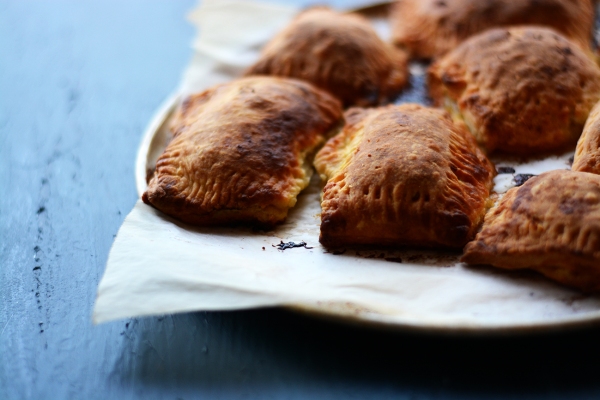 It is a special quality of childhood enjoyments that often when we try them as adults, we either don’t quite enjoy them as much, or we do but are old enough to know how appallingly lacking in nutrition they are (I’m talking to you, sherbies and redskins!).

So I decided to choose something that I would happily indulge in even now, and not just for the sake of nostalgia.  Two things, to be precise.  The first is that bubbly pastry pocket of lava-hot goodness, the McDonalds Apple Pie.

The second is a South Indian dessert that my mum has made for as long as I can remember.  It is mostly made as a religious offering on festival days a few times a year, making it all the more appealing.  Sliced bananas are tossed in jaggery (unrefined Indian brown sugar), cardamom and fresh grated coconut.  Sometimes a little saffron or a handful of raisins and cashews are sprinkled in.  It is good fresh, amazing half an hour later and a sludgy, syrupy mess the day after, if it even makes it that far. 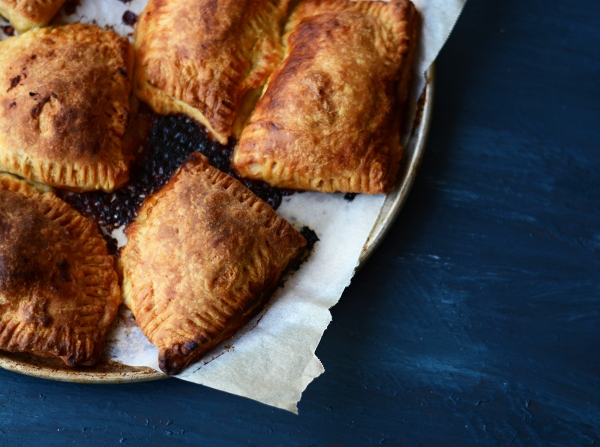 I used apples instead of bananas for two reasons.  They stand up better when baked in pastry than do bananas, and I had an abundance of them after going apple picking in Bilpin last week.  So it was that two desserts from my two worlds came together in these hand pies.

The pastry was the trusty sour cream pastry from Smitten Kitchen that I have now used several times because it is so good.  In hindsight though, a traditional, thinner shortcrust pastry may have suited these pies better, although I’m certainly not complaining abut the outcome.  The apple pie filling was enhanced by the coconut and almost caramel-like jaggery, with a bite of cardamom just to remind me exactly where I’m from. 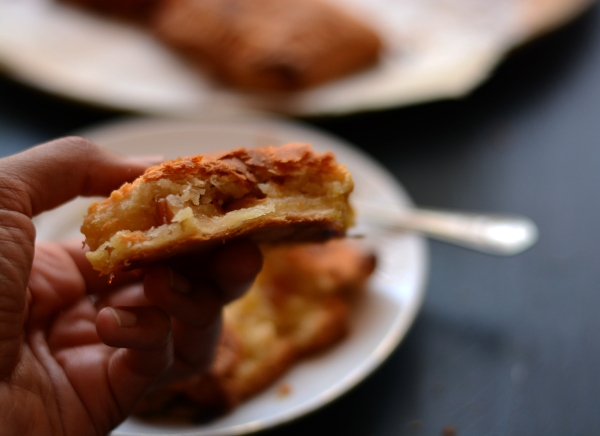 Toss the filling ingredients together in a bowl and allow to sit for 10-20 mins.

Roll out the pastry to 4-5mm thickness.  Cut out shapes of your choice.  I went for squares, so I cut strips of pastry that were about 25 cm x 10cm.  I spooned the filling into the middle of one side of the pastry, leaving the edges clear.  I then folded the pastry over to cover the filling.

Use your fingers, then a fork to press around the edges.  Place the pastries in the fridge again for about 20 mins.  In the meantime, preheat the oven to 200 C.

Place the tray of pastries in the oven and bake for about 20-25 mins or until the pastry is crisp and cooked. 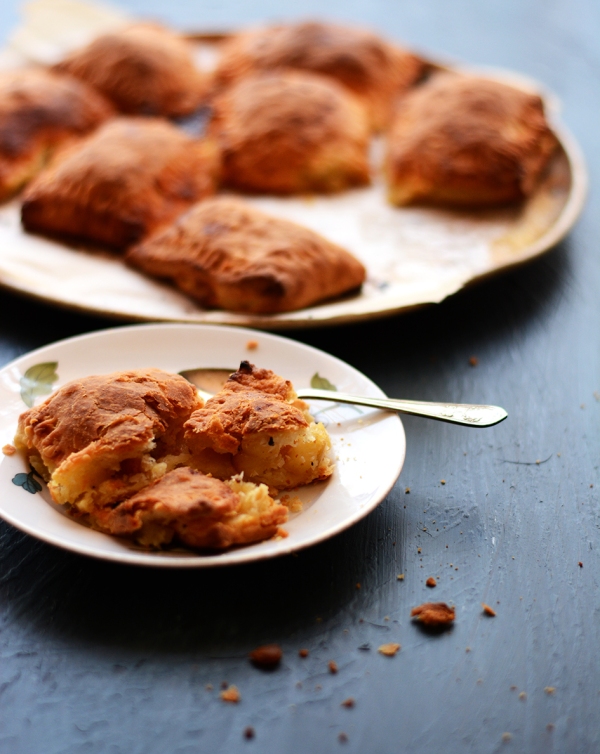 9 thoughts on “Apple, Coconut and Jaggery Hand Pies for SABH”